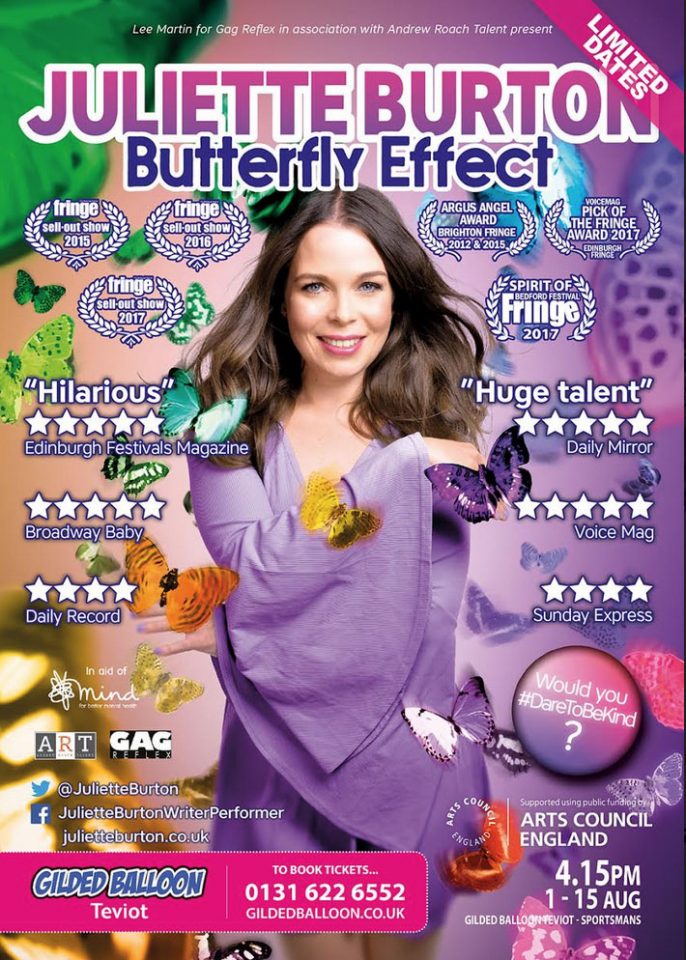 Following total sell-out Edinburgh Fringe shows in 2015, 2016, 2017 and 2018, Award-winning comedian Juliette Burton will be touring the UK in autumn 2018 with Butterfly Effect, her hugely popular show, in which she investigates the power of kindness and whether small, kind-hearted acts can make the world a better place.

At a time when most of us find it hard enough being kind to ourselves – let alone others – is being nice outdated? Or can we still connect and change lives for the better?

Join Juliette as she continues to inspire us all with her one-woman revolution to help us to look at ourselves and those around us in a more positive, life-affirming way.

Can a small act of kindness make a big difference?

“Intelligent, emotional, liberating – everything it should be… Burton seems like the type of person everybody would want in their life.”

“Educational and hilarious. Her charisma, uniqueness and talent make Burton a force to be reckoned with! A must-see.”

“Raucously entertaining… Leave with a sense of creating your own butterfly effect.”